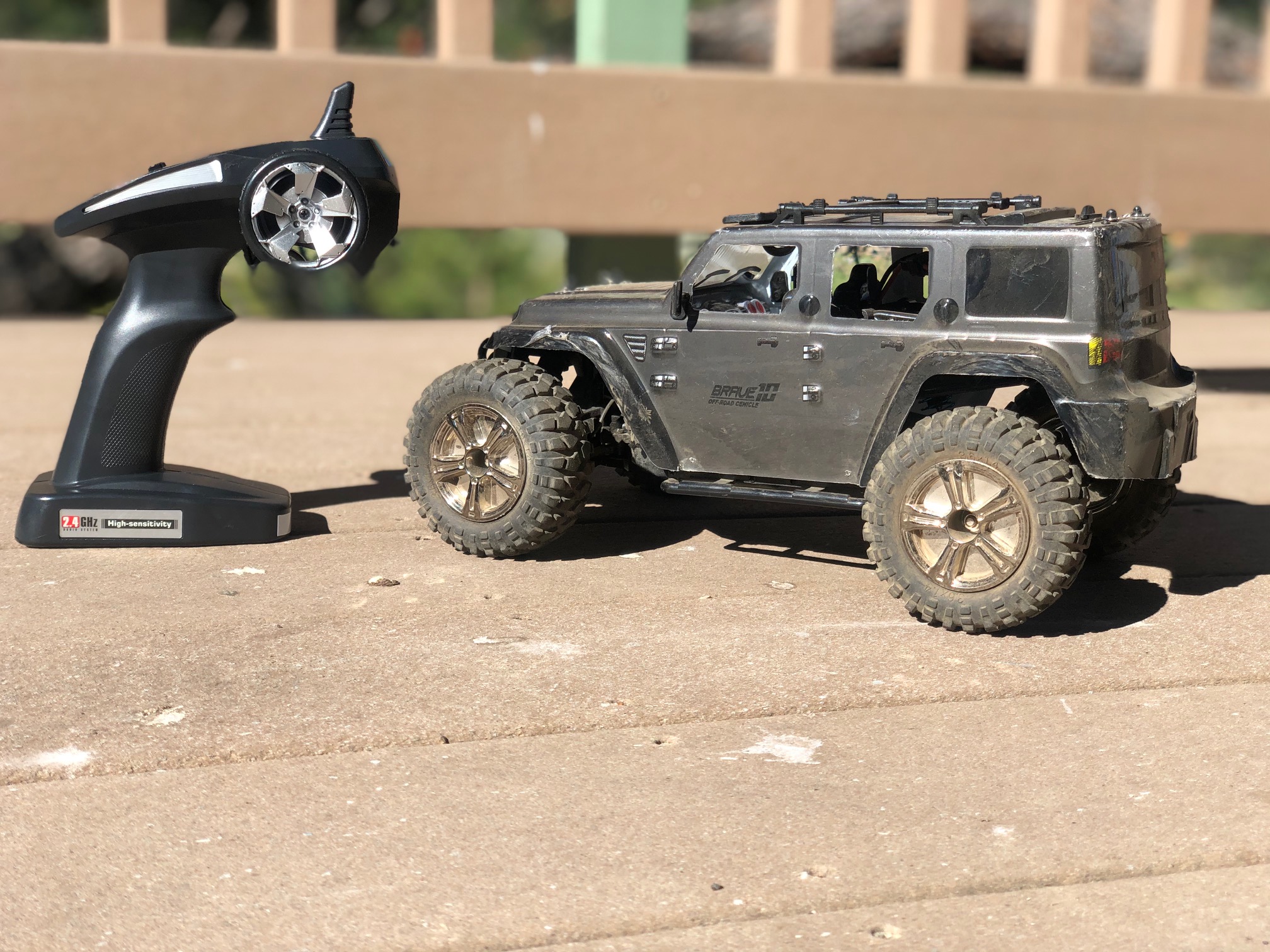 COOLTOYS Season 4 is in development as I write this.

While it is very exciting to think of a season four, there are some hurdles to overcome. Quite frankly I have had fun in Season 3, but it didn’t have the reach or the energy of Season one and two. Covid had a lot to do with that. You can only do so much in your garage.

One of the surprises for me in Season 3 was the Radio Control Episode. I had no idea how much you could do with an RC Car these days and how many there were. As a kid I had three choices. Tamiaya, Associated and junk. Quite frankly for anyone over 4 years old, the RC cars at most box stores won’t cut it. They are too slow, or just won’t last a week.

How To Break an RC Car

What I learned quickly is that the fastest way to destroy any RC Car is to drive it into the curb at top speed. My Traxxas Buggy is the only one to make that crash and survive. Josh has spent over $1000 repairing his $200 Losi. His four year old has learned not to hit the curb.

The surprising star of the show ended up being the 1/28 scale RC Car series from Associated Electronics. I now have every model they make. When we started down the RC path it was exactly what Josh said to buy. I wanted to go big or go home so I bought the 1/12 Traxxas buggy.

The other thing I am amazed about is how cool of a track you can make from all those shipping boxes. We made a figure 8 track that had a tunnel in one direction and a table top (or large jump) to clear the tunnel in the other direction. Since Josh’s son spends so much time on Dirt4 he also asked for a “Joker” lap.

The boxes are not connected so the whole thing stacks in one corner of the garage. Since the boxes are their own track feature, you can easily change up the track to make it more (or less) challenging. In the photo you’ll see the Team Associated MT28. We race all of the 1/28 series on this track.

The cardboard box track might get the CRUTOYS award.

A Quick Class On RC Cars

If you didn’t watch our episodes with RC Cars you missed a few things. Since the RC cars we have and use are all electric, the torque is amazing. Top speeds get up there too. Just like racing real cars, there is a delicate balance to getting the most out of the car.

Josh really likes the Losi cars he has. They might get a return shot on COOLTOYS Season 4. Personally, they are a bit too light. Tires spin, they do random donuts and if they get traction, they simply flip in their back. My no name “Surpass” aka the unlicensed Jeep is a pretty good all around entertainment car. Big enough to go on grass, inexpensive enough I don’t care if I break it. I keep it in the CRUTOYS JLU for boring road trips. The JLU has a 12V port in the back so I can charge and run it anywhere.

The Traxxas Buggy that I have is a lot of fun, but no one else has one as big. It takes a lot of room to really have fun with it, so I have to rule it as overkill for the Covid-19 RC at Home program. With the slicks on it, it acts like the Losi but heavier. Instead of more traction on slick surfaces, the slicks are too hard so the car is almost uncontrollable. Basically I just drift around the garage.

The Associated Electronics 1/28 series is a great way to introduce you to RC cars and RC at home. Each one of series has a flaw and a benefit depending on your track layout. There is the original RC28, a 1/28th scale version of their larger buggy. The MT28 is the Monster Truck version, and the SC is the Short Course Truck version. Surprisingly Associated put a lot of detail about the cars handling in a very small package.

Even though the MT28 is the most balanced, there is something to be said about being able to do donuts on your victory lap. With the larger tires, the MT28 is the slowest and most controlled out of the corners, and has the best top speed in the longer straights. Josh had to add a woop-de-do section to slow me down.

The SC28 or short coarse truck is my favorite every day racer. Especially on the R3* Racetrack. The slightly smaller tires make it just a bit less grippy, and quicker off the jumps than the MT28. Josh has the SC28 and MT28 as well.

The buggy which is the RC28, was the most fun Josh decided to build the cardboard track. I still have a great time with it chasing my wife new kittens around the house. Thank you @bethostern (he says sarcastically). The little tiny tires in the front of the RC28 insured that it went very straight until it hit carpet. If you could hold the back tires on the ground that is. Otherwise it takes a bit of finesse with the throttle finger.

Elevate the RC at Home Experience

One tip for the track. Spray paint. Josh let his kids paint up the track which added a little coating to the cardboard. While this effectively kills the ability to recycle, it still can be composted. The stone texture paint gives a little traction if make a ramp a bit too steep. It looks like sand but sticks like glue. Maybe for COOLTOYS Season 4 we can spend some time on track construction.

Speaking of paint, the other cool thing is the clear bodies so you can paint your own. My wifes favorite color is BRG followed close by Fords Deep Jewel Green. Mine is Ford Dark Blue from 60’s Mustangs followed by the Pantone Blue used on the Porsche and Ford GT “Gulf” colored cars from the same era.

If you are going to #rcathome then you may as well do it #cooltoystv style and customize your car. I went simple on the new @teamassociatedrc #mc28 Now if I could just get some tiny CRUTOYS decals for it.

Since the MC28 and SC28 bodies are too small to put stripes in, I went with the Deep Jewel Green. No numbers, just the window decals, headlights and tail lights. I didn’t match the factory tail light position either. I like mine better. Don’t worry, the MC body is on order so that Lucas 17 is a gonner too. Sounds like another thing to cover in a COOLTOYS Season 4 RC episode.

Given that Josh, his kids and I all race the same 1/28 cars, we needed a way to know who was who. Custom paint was the answer. Josh’s daughter has a SC28 that was supposed to be pink. After one coat it was still translucent and instead more pink, Josh used black as a cover up. I have no idea what color that thing is.

His son went with the MC28 and John Deere Green. I have to say he made a great choice.

One thing that Josh did and I did not is change the battery. The factory battery in the 1/28 RC cars is a 350mah li-po battery which lasts about 10 minutes when we race. He soldered in a 1750mAh battery and a Y cable so that he could add a camera and drive it with FPV goggles.

Maybe someday I’ll shell out the big bucks and build a “mini me” version of the CRUTOYS JLU.

While I am working on sponsors for COOLTOYS Season 4, I’ll be taking a break from time to time on the R3 Racetrack. We hope to see you again soon. Until then. Look for some insider stuff here on CoolToys.TV. Unless we decide to change the name to CRUTOYS TV… What do you think?