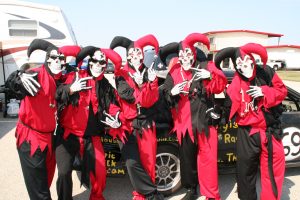 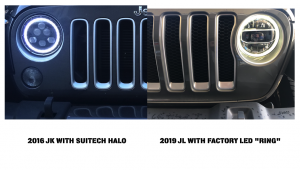 If it is CoolToys Approved it means that we tested it, tried it, lived with it and liked it and our wives didn’t. If it was super cool and wife approved it is way down at the bottom in the “Sort Of Cool” section. The Jeep JK made the list. The JL was a close call because a couple of the wives liked it until the Jaguar F-Pace arrived.

Click on any picture to see where we bought it and if you like it, get your own.

The first CoolToys Approved Product is these headlights from the first video:

The BUG-A-SALT The most fun we ever had with a gun:

Thanks Lorenzo for all the fun. The entire crew has one! This little salt firing air gun is great for picnics and back yard bbq days.

Both of these are great surfboard wax replacements. We tested over a dozen wax replacements, and these are the best. many were just bathtub stickers that people were selling for surfboards. Totally lame. These wax replacements fail the wife test because wax is only a dollar so they think it is a waste of money. Since the host is also a #RWTH, wax gets a thumbs down here at CoolToys. At the end of the day, we liked the Hex pattern the best because you can adjust it to any board.

When our director showed up with the first 2015 Wrangler Sahara, the rest of the crew looked like the Grinch they were so green with envy. Eventually Scott picked up a 2016 Wrangler Sahara. That one is the reason we have the show to begin with. We were just working on web commercials for law firms, yoga studios and other corporate clients. The wives all agreed the Jeeps were “Ridiculous boy toys”. Of course that means Approved.

You’ll have to find one at your local Jeep dealer. We really did our shopping for this one.

At first this one was close. Jeep over civilized this one for die hard jeepers, it is very different from the JK. It is quieter, more powerful and you can even order it with All Wheel Drive instead of full time Four Wheel Drive. What does that mean? It means your wife can drive it and you won’t look silly pulling into an icy parking lot as the front end hops across the ice. That is only if you leave the AWD on. The 4WD still acts like a frog on a hot plate during tight turns on ice. Day one we had it up in the Lake Tahoe area in record snow and ice packs. The problem with the JL being so nice is that the wives started liking it until our friends at Jaguar delivered the F-pace. The wives quickly lost interest in the Jeep JL so it made the list.

The JL did a great job on it’s first run in the snow and at high altitude. This is the new 2.0 L turbo mild hybrid. The start stop takes a little to get used to. The quieter interior is a bit odd, but the whistling comes back as soon as you take the top off once. The big news. Up hill, high altitude, the little turbo smokes the V-6, only downshifting from 8 to 7 instead of 8 to 5 when passing uphill.

The Stuff we Liked and so Did our Wives:

This is the stuff we would like to approve, but the wives approved it so it was either moved to CruToys or just listed here for honorable mention.

If you read anything above, you already know this. We got ours from Newport Beach Jaguar. This is by far the best looking SUV when you get the R Sport upgrade. The hot rod version holds it’s own with a 911 at zero to sixty. Who wouldn’t want to borrow that from their wife once in a while? This one goes on the CruToys side.

Our Cold Brew kit. We liked it a lot as the temps hit triple digits but the wives came in a stole the office set up so we had to go buy another one. Then we broke one, so we bought a third one. Our staff Doctor says it is better than Diet Soda so, we had to have one.

The Mopar – Jeep Back Door Table

This one was close too. The wives kind of like it for picnicking. Sadly, the reality is that the little wires that hold the table came in unequal lengths to the table sits a tad lopsided. The dealer said they would get us new wires instead of returning the whole thing. That was three months ago otherwise we might have approved it. Try Amazon.

Amazon Echo and Dot aka Alexa

Overall we like the Echo and dot, and so do our wives. Most of the CoolToys team has them. The studio has an Echo and two dots hooked up to an a-bus system so we can pipe music everywhere. Since we don’t have speakers out front or back we grabbed a couple of Big-Blue-Live speakers and connected them via bluetooth. This is where Amazon falls on its face. The newest Echo Dot plays music from it’s speaker and the connected bluetooth speaker. The Echo will play music from no speaker when the Big Blue Live is connected. Say What? Online help is a big zero for this one. Tons of people in the “community” who don’t know anything just type to be read I guess.

After buying a dozen blue tooth portable speakers, the Big Blue Live reigns supreme. When properly placed outdoors against a solid object the base is very good, and beats almost all of the much larger competitors. This one is CruToys approved since the wives like it too and it is the perfect outdoor go anywhere companion.

Check Back for More!

Jeep Gladiator. It is here and the road test is coming soon. Wives already hate it, so it is off to a great start! This time we got a Rubicon. The review and comparo of the JK v JL and Gladiator is coming soon so check back.