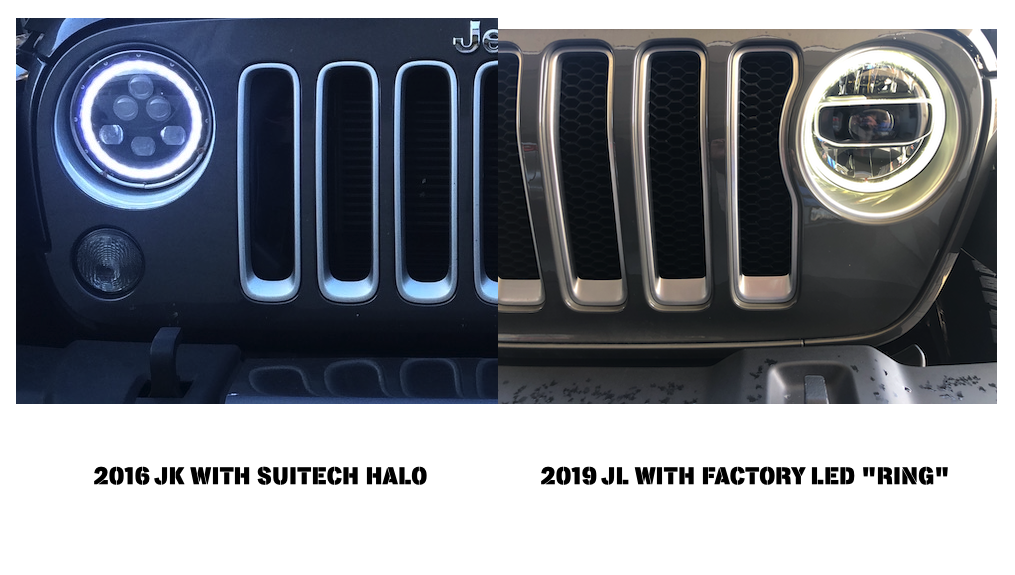 For this episode we decided to bling up the JKU with a new grille, stubby antennae and better Halo Headlights. While the first ones were Cool Toys when we installed them, one of them failed within three months. This cost Sui-Tech the CoolToys approval. But then Sui-Tech stepped up and sent us a new set of their projectors which were a leap frog improvement. By far the best bargain LED headlights out there.

We paid for the original set, this was not a sponsored show or product placement. Sui-Tech earned the stars.

We have since looked at several other brands but we give the CoolToys Approved stamp to Sui-Tech for being one of the first that made this work and they did it for less than half of what most other companies are charging for LED Projector Halo Headlights.

One of the quickest ways to upgrade any stock Jeep Wrangler is headlight replacement. Lets face it the factory lights are crap. We could not believe how cheap the plastic felt when Scott pulled them out and passed them around the studio. The LED lights are much safer at night and have a better light pattern. If you worry about living in extreme cold there are even lights now with heater elements.

Editors Note: The stubby antennae used in this episode lost some reception ability. It wasn’t bad but it was noticeable that the factory antennae was better.