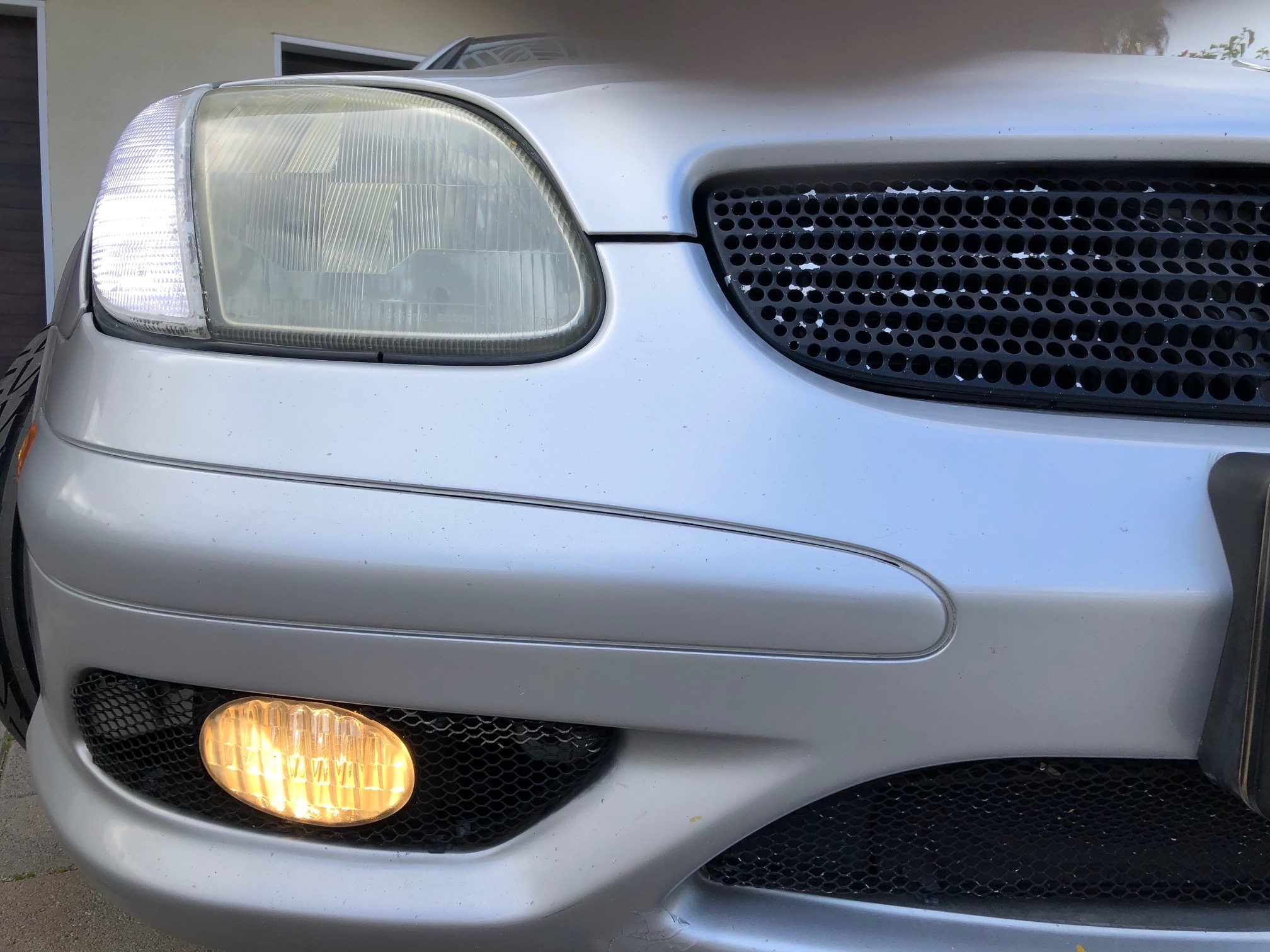 Old Cars and LED lights are a great mix of the old and the new, sometimes that is.

When the 2002 Mercedes SLK230 Kompressor was added to the fleet, we knew it was in for some changes. The SLK230 is a R170 chassis from Mercedes. Among the first things were the LED tail lights. These were a significant improvement in looks alone. The safety nerds say at 60MPH the LED brake lights come on 18 feet sooner than the factory incandescent. Pretty cool.

The CoolToys Cool Factor of LED

In fact it was so cool to have LED tail lights on our old car that we decided to keep going. Like the CRUTOYS Jeep JLU, which has factory LED lighting, we wanted to go 100% LED on the little Benz. It started when the front right parking lamp went out and the “lamp indicator” came on. Not one major auto parts store listed the correct lamp for that location. It is a W5W/T10 lamp. Many stores sell a “universal”, T-10/W5W/164/198 replacement bulb. All of these are slightly different. Only one keeps the lamp indicator from lighting up. Pretty stupid on the part of the Mercedes engineers if you ask me.

One by one the lights were swapped out and tested. Each with the original lamps in the correct position so the lamp indicator was off before each test. First we learned that some lamps are not monitored. Obviously those were replaced first. The trunk lamp, license plate lamps and reverse lamps are all not monitored by the Mercedes Lamp Indicator system. All look 100% better in LED.

Next were the monitored lights. Five different “can bus ready” LED T-10/W5W/164/198 lamps were tested. Oddly Amazon would show the same bulb as “compatible” with the 2002 SLK230 from some vendors and “not compatible” from others. Six different lamps were tested. All looked better and had a brighter light than the factory lamps. All set off the lamp indicator on the dash. The prices ranged from $5 to $8 a set. We even spent $27 at Autozone on the Sylvania lamps and they failed the test too.

The front turn signal bulbs were the ones that surprised us. We tested three different lamps that were can bus ready and amber. All failed. We found one that had brains, so it is white when not flashing, amber when flashing. This one was by far the coolest. It didn’t hyper flash, but it did set off the lamp indicator system. There is a flaw though. If you add LED amber to the tail lamps and the LED to the front, the flashing accelerates rapidly.

Cutting Through The Fog.

Finally we tested the fog lamps. Same issues all around. All three LED’s were in the $20-40 range at Amazon and $99 at Autozone. All of them set off the lamp indicator on the 2002 SLK230. The cheapest $20 set had just as bright and clean a light as the $99 set so guess which ones we kept.

Without a doubt, Halo Headlights are one of the easiest and coolest upgrades for any old car. Old pony cars look so cool with Halo’s as Daytime Running Lights (DRL’s).