Is 5G Really Worth It? 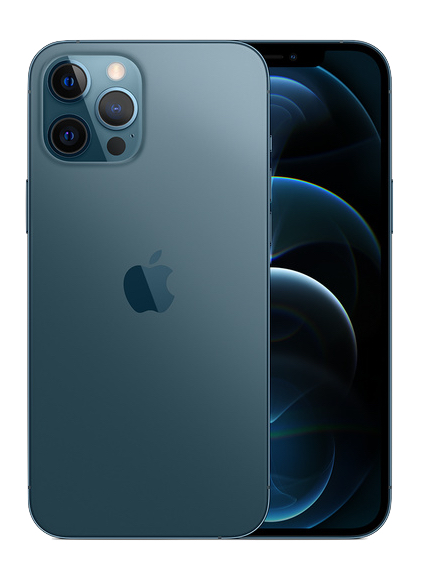 Is it time to buy a new iPhone or Galaxy just to get 5G, is 5G really worth ?

A lot of people are asking if 5G is really worth the hype.  If you surf the internet on your mobile phone you probably love the idea of “near WiFi” speeds promised by 5G carriers.  Of the big 5 carries, T-Mobile claims to have the most coverage.  AT&T makes claims that lead you to believe they are the “fastest network”, Verizon says they are the “most reliable”.

The big question with 5G is if it works, and if so what is more important, coverage? speed? or reliability? With that figured out we hoped to answer the question, is 5G really worth it? The upgrade costs that is.

We Put 5G to The Real Test.

We bought new iPhone 12’s and tested the big five cellular companies What we found was truly amazing, and how each companies customer service tried to help, even more amazing, or should we say baffling.

To test 5G we went for the real high speed high bandwidth test.  You may have seen on CoolToys TV the cellular watch test years ago.  While this test won’t make it to CoolToys I decided to use a similar test.  With the watch, we tested basic features without a phone nearby.  Our concern was that the small antenna would limit its usability.

Since those test, Apple and Samsung have created some great cellular watches that have clearly passed the CoolToys test.  My personal Apple Watch V 3 has over 500 hours of time in salt water surfing and hasn’t even blipped.  My buddies Samsung Gear Watch has just about the same hours.  It all depends on which ecosystem you live in.

When it comes to 5g, it is a completely different story.  The phones are all very capable, but can the network keep up.  President Trump fast tracked the 5G system through the FCC hurdles just like he did with the Covid Vaccine and the FDA.  Many think the result is the same, a great idea with less testing than we would normally like to see.  The truth for 5G is worse.

Testing 5G In The Real World.

To create a real world test we decided to livestream events remotely.  It didn’t take long to see where each company had it’s strengths and it’s weaknesses.  We used our photography team to set up a Macbook air with an HD TV camera, and used OBS software to connect to YouTube Live.  The events were scheduled at one hour, and at two of them we created a secondary WiFi Stream to see if there was a difference.  The gear too set up this type of dual isn’t cheap, but it made for a great test system so we could see what was really happening.

We also tested the signal strength by watching the “bars” on the phones menu’s. It was amazing to watch the bars go away as soon as we started running speed tests at different times and locations.

T-Mobile claims to have the most 5G coverage.  While we didn’t test everywhere in the US, we did test several cities coast to coast.  Oddly, unlike the Apple watch which had a strong T-mobile signal several hundred feet from the shore while surfing, the T-Mobile 5G signal drops very quickly as you leave main roads or head down to the sand on the beach.

That said, we can’t say that any T-mobile 5G actually works.  While the phones indicated 5G and four or more bars, we could never get more than 30 or 45 seconds of continuous connection.  It was tough to load websites, let alone speed test or stream a live high def event on video.  In every case, WiFi or Verizon had to be used.  If we switched the iPhone to LTE only, we could stream from most locations at 480p or 720p, but we never could stream anything better with any T-mobile device.  T

The software would show 5G with no data connection if we left the phones in 5G mode.  T-mobile customer service offered several solutions including resetting our network.  What that meant is all three iPhones no longer had any WiFi passwords stored.  This is a real hassle since we use an app for our office phones that works on the office WiFi.  The worst part is that even after the reset, performance didn’t improve. Only if we sat in one spot after resetting the phone could we occasionally get 5G to work. In one local coffee shop, the WiFi was still faster than 5G with the phones side by side.

Our business requires reliability. So we went all in for the final exam. We live-streamed a wedding from a beach location. T-Mobile, Verizon, AT&T all had signal. The phone was mounted on a tripod so it would not move or be bumped. In just three minutes the T-mobile connection failed. Even the LTE signal would drop off, so it was useless. Next was AT&T, three bars but no connection at all for data. Magically it did work an hour later. Verizon only had two bars, but held the signal for a full 90 minute wedding without flinching. 5G at that.

Spectrum and AT&T both appeared to have similar coverage in the areas we tested with only slightly better results then T-mobile.  Streaming would periodically freeze.  This may be due to network throttling since we did become very high demand users suddenly.

Verizon is definitely the clear winner in reliability.  While 5G coverage wasn’t available everywhere we tested, 5G did work in several areas that T-mobile did not.  It was enough we decided to change our company plan to Verizon at nearly 35% higher cost.  If the version phone said 5G with at least 2 bars, it would stream the entire event perfectly.

It should be a reasonable expectation that over time Verizon coverage will improve.  They never said they would be first or biggest.  Verizon said they would be there when you need them and  they are.  Paul, the “can you hear me now guy”, might have jumped ship to T-Mobile/Sprint, but more coverage doesn’t always mean it’s better.  Since we couldn’t get 5G to work on T-Mobile for any type of data reliably, Verizon is the clear winner in our book.