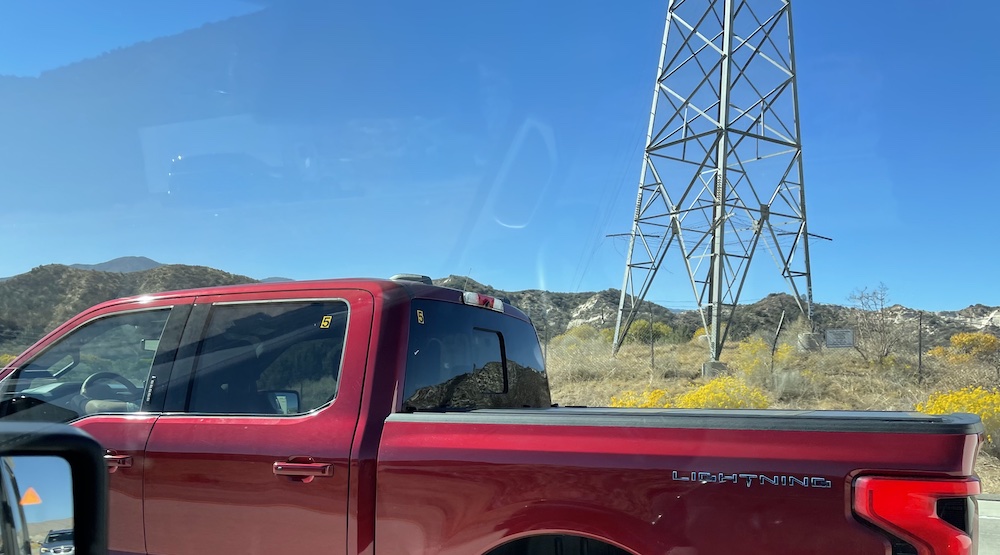 With just a few days before Christmas, there is a lot going on in the world of COOLTOYS ®. Remember if you don’t want to miss out on the conversation, subscribe now on YouTube, Instagram and COOLTOYSTV.com.

Now last time we talked about pizza ovens. Anyone else get one yet?

Well, we also talked about cool Jeep toys. And we’ll do that again today.

But first something the rest of the country may not know yet. And some of you may know that California has banned the sale of new petroleum powered cars starting in 2035. So 15 years from now, you won’t be able to buy a gas car in California.

And as California goes, eventually the rest of the country goes, that’s why everyone not from California, kind of hates us. So many Californians moved to other places bringing their Politics and what they want with them. I get it. That’s why I stayed here because someone with common sense needs to vote in California may not count for much, but it’s something anyway, that did get me looking into electric cars and trucks.

Can we get there in 15 years now, if you watch old episodes from a couple of years ago, you know that I’ve had both versions of the Chevy Volt. And I also said in the last episode, the plug-in Jeep jail, you is stupid. And it is now, there’s been a lot of talk about a company called Rivian. Rivian is an electric truck company that got Ford to invest about $500 million.

Think about that. You have an idea to build electric trucks and Ford ponies up 500 million.

Hey Ford, how about a little that love coming to COOLTOYS ®. I’ll drive the lightning. Anyway, I recently read that Rivian wants to go public. That gives them a value. They want to do it at $61 a share. Now, if they only have a couple hundred thousand shares at 61 bucks a share makes sense.

But remember, this is the little vaporware company that Ford put $500 million into. So that’s 61 bucks a share and there is a lot of shares. It means the idea was that Ford would use the Rivian platform and use it for the electric F-150 the lightening. And at $61 a share Rivian, a company with no real product depth would be worth more than Honda.

Honda makes airplanes, cars, motorcycles, robots, automation, systems, and a wanna be vaporware Electric truck company wants to be worth more the day that they IPO, what am I missing in this? This doesn’t make sense. I don’t understand that part of the stock market. But, Ford’s plans to use the Rivian platform were shot, and I found this coming up the grapevine.

This is a pair of real F-150 lightening trucks. And two days later I saw Ravion demonstrator in my neighborhood. One of the big car magazines is just down the road from here. So I’m guessing the ribbon was being reviewed by them. Honestly, it wasn’t that great looking and I haven’t seen it. I also went touring GM’s Ren center, Detroit and saw this skateboard electric chassis.

I think I’ve talked about it in earlier show and I think Ford might’ve been smart to buy a chunk of Rubion so they could leapfrog ahead, but it turns out GM announced technology that would make the batteries longer lasting and more environmentally friendly. These new GM batteries would use just one 10th of the precious metals compared to the current batteries and say a Tesla.

Now this week, I found a little blurb in a financial journal about Ford dumping the Rivian idea. It seems that Ford engineers had jumped ahead just like GM did. And that explains the two Lightnings I saw running up the Grapevine. good-looking F-150 trucks, pure electric. So the big question is this, can these electric trucks really do the job in 15 years?

Will we be ready to be only electric? Now my home is all solar. I can charge all day for free, but it also means that power plants have to run at night to charge all the electric cars that are out running around in the day. And growing up in SoCal, I’m a bit of an oddball. My neighbors call me a right-wing tree hugger.

As a kid, I hated getting tar on my feet and surf board, you know, from the offshore rigs leaking into the water. I also didn’t like that we couldn’t see the mountains that are just 21 miles away unless the Santa Ana winds were blowing. Now we can see the mountains almost every day. And I would like to see every warehouse out in Ontario and the inland empire was solar on the roof with reasonable charging prices all over town.

But can that happen by 2035 and or 2025? And will it be enough? So what do you guys think? Let me know. What do you think about going all electric now, subscribe now for free. Let me know.

It has been a couple of weeks since the last. The reason is that I was randomly selected to be on the nominating committee for the Screen Actors Guild SAG-AFTRA we call it now, awards to help select who will be put up for best male actor.

That means every movie with a man in it came to me. The problem is I have hundreds of movies to sit through and watch. Some are DVDs that show up FedEx, others are screeners with a special password online and they stream and most are already streaming.

So I get a temporary password for the streaming. Fortunately, I’ve seen a few of those already. Of course I have most of the streaming services. So I have been really busy trying to be a good committee member and watch every single submission in some, the acting is great, but the story is so bad out, fell asleep and others like Pig and House of Gucci.

And I don’t know if I’m supposed to say this out loud. It wasn’t necessarily the actor’s best. But between the actors and the great stories and the good writing, I was engaged the entire time. I even watched the new Bond twice, just to see if all the whining by the left, the right, the tabloids and all the old bond fans was justified.

Me personally? I liked it. I didn’t fall asleep. So who knows.

And I liked it, Will Smith kept me hooked so did the guy that played Lee Iacocca in Ford versus Ferrari he’s in King, Richard too.

Oh, wait back to pizza for a second train of thought. As I look over and I see the failed pizza scissors. Remember these didn’t work right. But I found a set that really work at a place called Sur Le Table.

I don’t know if someone saw the episode and made a better pizza scissor, but what they made is perfect for a 12 inch pie, this little plastic strip. Beautiful.

So anyway, some of the films that I had to watch, I watched here in the studio, others, I watched in my kitchen at home while I was making pizza, which is what brought me to this.

I was thinking about. What they really need to do is give me a month or two of free gym benefits because man, I’m putting on some weight and doing all this pizza. Anyway, where was I? Uh, let’s see. Electric trucks. Over-hype stocks, movies, pizza. Oh yeah. It’s Christmas.

I don’t know about you, but I hate putting up the lights every year here in Huntington beach, we have an annual book parade, which is a lot of fun, but I took a cue from some of the boat owners and found some strip LEDs to put up around that.

Very simple, stick them up, plug them in done. Last year I put up a set. It lasted one year by Christmas, the red was completely gone. And this year I found a set that is 24 volts, which means you can run farther and 60 feet in both directions. That’s 120 feet. That’s enough to cover most houses here in Southern California, where we don’t need a big house because we spend all our time outside.

Now, let me show you a quick picture. These lights look. They’ve got a little piece of silicone covering it. So hopefully that will keep them waterproofed in the last three or four, hopefully five years. And by then, I’m hoping somebody makes them better outdoor, addressable RGB, w meaning they can do white.

These only do one color for Christmas or Halloween or Thanksgiving. And I’d like a little more control, something like red, green at Christmas, the lights that failed last year had an app so I could change the lights. Anyway. I wanted Christmas red. 4th of July red, white, blue. It was pretty cool. The new ones, I can only get a solid color, so it doesn’t quite do as much, but if they last longer, maybe I can live with single color in the house, you know, like purple was really cool for Halloween.

Now the new waterproof strips can only do the one color at a time, or they do the whole rainbow, which isn’t really my thing. I’m not judging. It’s just not my thing. So if you have something better, let me know. Subscribe. And if these fail, I’m going to need something new anyway. Right. I’d love to get something that’s long-lasting can run long and you know, if I can put these up and it keeps me off the letter, it might be a cool toy.

And finally, holidays don’t drink and drive. We talked about Escape mocktails. Another company sent us their versions. Here are three different, what they call zero proof liquors that we’re going to try over the holidays. There’s a gin alternative, a tequila alternative, and a whiskey alternative, and they’re from Ritual.

So next time I’ll let you know how they hold up compared to the real stuff. And of course the Escape that we’ve already tried before and kind of liked. Now, the first problem is. These are almost twice the price of Escape. So they’re going to have to be twice as good in order for me to say, we’d buy this over escape.

And then next time we’ll do some outdoor cold weather grilling at the beach, and we’re going to talk fire extinguishers. If you don’t have a fire extinguisher in your home or your Jeep, you need one. So you might want to wait though, until we show you what we found. We found one that is super cool. So make sure you subscribe and don’t miss the episode.

Happy holidays, everyone. Thanks for watching. We’ll see you next time.